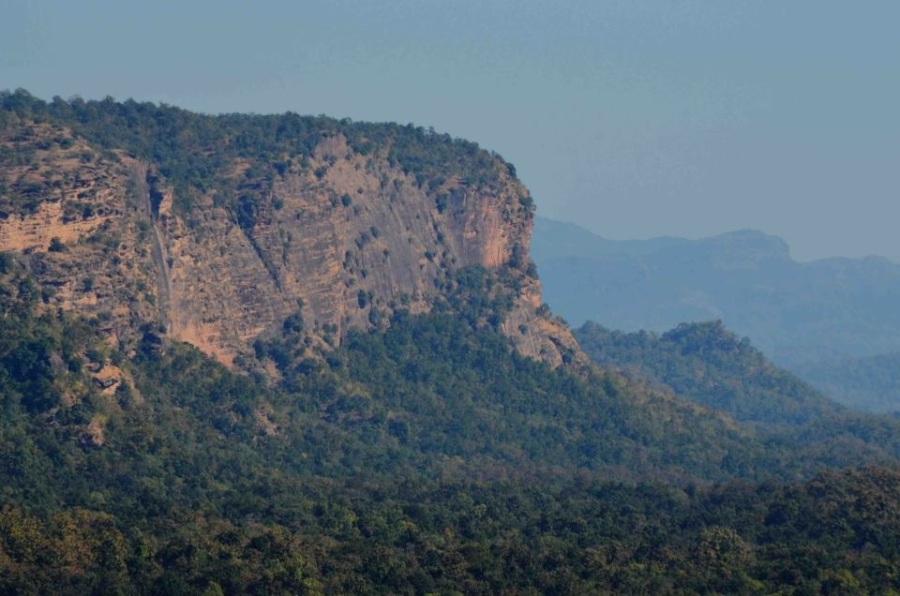 The wildlife of Madhya Pradesh is very beautiful and bountiful. The biodiversity is amazing. This effort to cultivate respect and sensitivity towards this heritage is commendable.

A film festival devoted to wildlife is definitely a praiseworthy initiative. Through the efforts of CREW, we shall be able to preserve our wild heritage.

Best of luck with the Festival and camps, and I wish that we could attend.

Madhya Pradesh has a distinct place in the country for its natural wealth. The wildlife and forests of the state attract tourists from India and abroad. Creating awareness is a must to safeguard our natural wealth. This film festival is a commendable effort in this direction.

Dear people at CREW, Many congratulations with your beautiful website and the project you are organizing. Your site looks very professional and I think it will really inspire people to start making films and participate in the festival.Most of all it raises awareness about wildlife conservation, which is crucial. I particularly like the fact that also children can participate. The indian countryside is truly unique. I have travelled to many places in the world, but India stands out as the country with the most beautiful nature. I would therefore like to encourage you to continue your important mission. In Belgium we can only dream of having the wildlife you have. It is your and the entire planet’s most important asset. Don’t let it disappear! I am very proud of all of you, and I am wishing you lots and lots of success with the festival. May this be only the beginning of an annual gathering!

It is the only film festival in the entire world that provides opportunity to participants to showcase talent and creativity and offers a platform to learn the craft of film-making.

The formation of this body has long been felt and is the requirement of the day. Central India Highlands Wildlife Film Festival has been started at a very timely hour, when we are struggling in protecting many of our fast vanishing species, be it the Tigers, Animals, Birds, Plants or Insects. Issues related to the survival of these endangered species and plants need a voice at the highest level and an extensive awareness program across the country, from the political and power circles to the village durbars, every one has to be apprised of the danger of losing these precious beings and habitat to our arrogance and indifference and the importance of participation of one and all is so vital to take up this cause for our own existence. Please be assured that I am always available for any assistance or help in making this forum a successful and forceful mouthpiece of these innocent creatures.. Wish you Luck and Success….

The “Vanishing Stripes” is a complete report highlighting the circumstances leading to the extinction of some of our most beautiful species that roamed and lived in the Indian forests and the grasslands of our country. This report has been thoroughly researched and brings the facts out in the open and one can judge by the way the things have gone wrong/aggravated over the years and the people responsible for mishandling our natural resources. The situation today is Alarming. Taking a cue from this report, it is imperative that we must act together and ensure that the policies are just not mere texts gathering dust in the archives. They should be brought out with reforms and implemented religiously by the authorities understanding the gravity of the situation. Media can play a very important role in safeguarding our forest wealth and saving our species by bringing these hard core issues to the fore and generating public interest, so that a strong voice can be formed nationwide/internationally. So far I haven’t seen a sincere all out effort by the media, except a few like NDTV, which took an initiative with celebrities hogging the limelight, Similar to WWF, who have Leonardo Dicaprio as their Ambassador, but these do not tackle issues at the grass root levels, though they do get a significant following, being starstruck is very different to ground reality. CREW has brought out this very informative report, which is probably the first professional understand of the subject in this direction and its loaded with facts and justifiably show grim figures, but a true picture, thus taking us into reality. Most reports are either biased/based on here say or fabricated to paint a rosy picture and that is catastrophic and immensely damaging. Keep up the ante CREW… Well done.

Understanding comes from within and learning comes from experience. I must say I & my team-mate Shaan experienced both as participants of the Central Indian Highlands Wildlife Film Festival by CREW. It was a hands-on opportunity for amateur filmmakers like us to live,learn and experience so much under one roof in the midst of welcoming arms of Mother Nature. It was a once-in-a-lifetime opportunity and I’m glad that I grabbed it without a second thought.

The overall experience has benefitted me in the years to come. Like they say, you meet people on your way, make friends, have your share of relationship, and ….move on. But, for me, there is no moving on from here. I’m here to stay, and very proudly so. Once a CREW-sader, always a CREW-sader.

The Pench wildlife camp was my first ever experience in a jungle rather a wildlife camp, and the two days I spent there were without question, exhilarating. From the tranquility of the jungle environment to the adrenaline rush on anticipating a tiger in close proximity to the early morning safari rides, this opportunity has seeded in me a desire to visit and explore more forests, jungles, and wildlife. Being cut off from the outside world and my day-to-day routine gave me the much needed break to start afresh. It saddens me to know that man has, time and again, ruthlessly, destroyed nature and the spaces around us that are extremely vital for our very existence. This was the inspiration for my friend Ishaan and me to make our short- film, ‘The Jungle Lore’. We were privileged to witness nature’s diversity this closely but will the generations to come be just as fortunate?

In class 5th I went on a wildlife safari in south Africa and since then I have a great amazement and love for animals. The trip to PENCH has been a great experience. I was able to enjoy wildlife from a completely different dimension. It has given me something I can never forget.

My experience at Satpura tiger reserve was amazing. Safaris in dense forest and filming animals in their natural habitat was a wonderful experience. Everyday, while in the jungle-camp, I learnt something new about forests and animals.

– Hardik Kathpalia, a participant from CIHWFF’13 &  winner of the Best Documentary Award

CIHWFF’13 was a thrilling experience, especially for filmmaking students like us. It gave us immense amount of exposure into wildlife filmmaking, making it an enjoyable learning experience and an unforgettable adventure at the same time.

– Gunjan Menon, a participant from CIHWFF’13 &  winner of the Best Documentary Award

Being a student of Audio-visual communication, I was heavily challenged to implement the various film making techniques in the bare wilderness of Kanha. The camp was my first and the best wildlife experience I have had. CIHWFF by CREW was the closest I ever got to real issues of environment imbalance and threat to wildlife and I am grateful for this experience.

– Aishwarya Nair, a participant from CIHWFF’13

Thank you sir for your noble service in helping conserve our forests. – harishb86 (youtube)