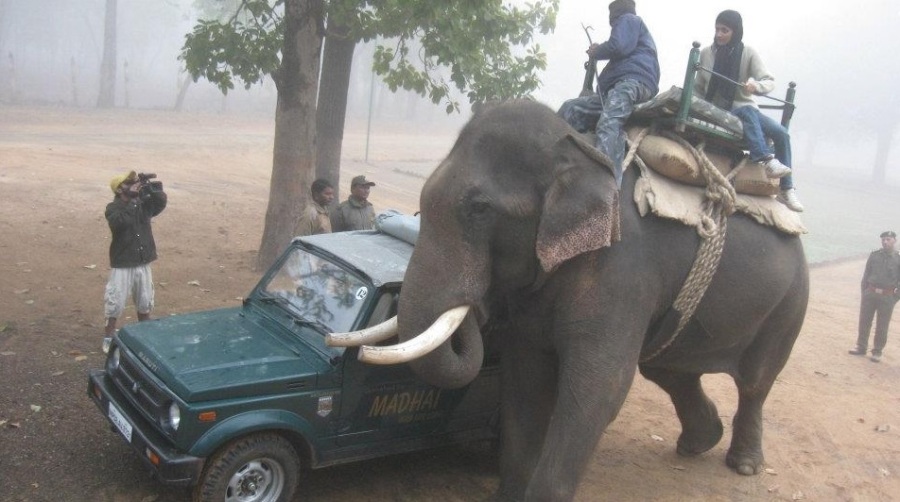 The festival was divided into two phases. As part of this festival a conservation-awareness camp was held at the Satpura Tiger Reserve in Hoshangabad district of Madhya Pradesh, and the valedictory function was organised in Bhopal, the capital of Madhya Pradesh, India.

There was a huge turnout of school students, who joined the ‘Kids for Tigers’ rally in Bhopal on January 27 to raise their voice for the cause of tigers. Students from more than half a dozen schools marched on the road from Palash Residency Hotel to Polytechnic square at rush hour and converged at Priyadarshini Park, where they took part in a rally addressed by the state Chief Wildlife Warden Dr. H.S. Pabla. Kids for Tigers, Bhopal along with CREW organised the event to carry forward the spirit of wildlife conservation and awareness about the importance of saving the tiger and its forests.

On the first day of the workshop the participants from Asian College of Journalism (Chennai), Symbiosis Institute of Media and Communication (Pune), People’s University (Bhopal) and Makhanlal National University of Journalism (Bhopal) attended an introductory session at National Insitute of Technical Teachers’ Training and Research. This was followed by a visit to Van Vihar National Park in Bhopal. The next day, all the participants were taken to Churna in Satpura Tiger Reserve (a five-hour road journey from Bhopal). The participants had the opportunity of experiencing a forest first-hand, interacting with the forest-officers and junior staff, filming their respective documentaries/short-films with valuable inputs and interviews by forest-staff and the villagers of the park-periphery.

The second phase of the festival comprised of a panel discussion, a film-panorama of renowned wildlife documentaries as well as participating films of the festival, and a valedictory & prize-distribution function,  The 2-day event was inaugurated by the state Forest Minister Sartaj Singh on February 26, 2012. The inaugural ceremony, followed by the panorama section and a panel discussion was held at Regional Museum of Natural History auditorium. The Leader of the Opposition in Madhya Pradesh Assembly was the chief guest at the veledictory function  held at National Museum of Natural History on February 27, 2012. The Chief Minister Shivraj Singh Chouhan could not attend the closing ceremony as he was indisposed.